Advisors have direct access to policymakers at Commerce Department and the Office of USTR. In such capacity advisors assist in developing industry positions on U.S. trade policy and negotiating objectives.

The role of our private-sector advisors is increasing as the Administration pursues a number of multilateral, regional, and bilateral trade negotiations.

ITAC members are appointed jointly by the Secretary of Commerce and the United States Trade Representative (USTR). Appointments are made at the re-chartering of each ITAC and periodically throughout the four-year charter period. Members serve at the discretion of the Secretary and the USTR. Appointments to the ITACs expire at the end of the ITACs’ charter term (duration is four years); however, members may be re-appointed should the charters of the ITACs be renewed, if the member proves to work effectively with the ITAC, and his/her participation is still needed. Members are not compensated for their services or reimbursed travel expenses.

Appointments to all ITACs are made without regard to political affiliation.

All ITAC members must have a Department of Commerce Security Clearance up to the SECRET level because they will have access to classified trade-related information. If a nominee currently has a security clearance from another Federal agency, please notify the Industry Trade Advisory Center.

Eligibility to serve on an ITAC is limited to U.S. citizens who are not full-time employees of a governmental entity, who represent a U.S. entity, and who are not registered with the Department of Justice under the Foreign Agents Registration Act.

Represent a U.S. entity: While Committee members are expected to provide advice to the U.S. Government as representatives of their industry sector, each member must also serve, directly or indirectly, as the representative of a U.S. entity that trades internationally and is engaged in the manufacture of a product or the provision of a service (including retailing and other distribution services), or an association of such entities. This entity will generally be the member’s employer or company, but may also be his or her client.

U.S. entity: For purposes of the preceding paragraph, a U.S. entity is a firm incorporated in the United States (or an unincorporated U.S. firm with its principal place of business in the United States) that is controlled by U.S. citizens or by another U.S. entity. An entity is not a U.S. entity if 50 percent plus one share of its stock (if a corporation, or a similar ownership interest of an unincorporated entity) is controlled, directly or indirectly, by non-U.S. citizens or non-U.S. entities. If the member is to represent an entity or corporation with 10 percent or greater non-U.S. ownership, the nominee must demonstrate at the time of nomination that this ownership interest does not constitute control and will not adversely affect his or her ability to serve as a trade advisory to the United States (see Nominations below).

The Secretary of Commerce and the USTR will select eligible individuals for appointment to Committee membership based upon the following criteria:

Members are selected to represent their sponsoring U.S. entity’s interests on trade matters. A secondary consideration is members’ knowledge and expertise of their industry and of trade matters relevant to the work of the Committee.

(b) The USTR and the Secretary may from time to time appoint individuals representing U.S. non-governmental organizations to one or more Committees. Such individuals must meet the eligibility requirements set forth above, and represent a U.S. entity interested in issues relevant to the work of the committee. For purposes of the preceding sentence, a ”U.S. entity” is an organization incorporated in the United States (or, if unincorporated, having its headquarters in the United States): (1) that is controlled by U.S. citizens or by another U.S. entity. An entity is not a U.S. entity if more than 50 percent of its Board of Directors or membership is made up of non-U.S. citizens. If the nominee is to represent an organization more than 10 percent of whose Board of Directors or membership is made up of non-U.S. citizens, or non-U.S. entities, the nominee must demonstrate at the time of nomination that this non-U.S. interest does not constitute control and will not adversely affect his or her ability to serve as a trade advisor to the United States; and (2) at least 50 percent of whose annual revenue is attributable to non-governmental U.S. sources.

Nomination is a two-part process:

The Biden-Harris Administration is committed to a trade agenda that advances racial equity and supports underserved communities. We will seek advice and recommendations from the ITACs on trade policies that eliminate social and economic structural barriers to equality and economic opportunity. We will also seek advice and recommendations from the ITACs to better understand the projected impact of proposed trade policies on communities of color and underserved communities. Please explain how your knowledge and experience will contribute to these policy objectives.

Other information should include the activities, products or services of the U.S. entity to be represented, in addition to the following information, as appropriate:

The nomination must include a certification that entity to be represented by the nominee is a U.S. entity (see section II.A, above). If the U.S. entity to be represented is more than ten percent foreign-owned, the nominator must demonstrate to the satisfaction of the Secretary and the USTR that the foreign ownership does not constitute control of the U.S. entity and will not adversely affect the nominee’s ability to serve as a trade advisor to the United States.

In order that the Secretary and the USTR may properly discharge the responsibility of ensuring balanced industry representation on the Committees, nominations of individuals who are trade association employees or representatives, consultants, or legal advisors shall include the following information:

(b) If the nominee is a consultant or legal advisor; the nomination shall identify:

(i) the U.S. entity or entities to be represented. Each entity so identified must furnish with the nomination a written certification by a responsible official of that entity or entities that the nominee will represent it on the Committee;
(ii) any current business arrangements relevant to, and clients of the nominee that may have an interest in, the work of the Committee; and

(iii) the extent to which personal or company/firm income is derived from non-U.S. citizens or entities.

Note: Committee membership lists (which are routinely made available to the public) will indicate only the name of the members’ industry affiliation and/or the entity(ies) represented. Membership lists will not reveal members’ other business arrangements or clients. However, this information will be made available in aggregated form to other members of the relevant Committee so that they may be aware of the interests of other Committee members.

Nominations are reviewed initially for completeness, and to determine the eligibility of the nominee, by the Industry Trade Advisory Center. Nominations of eligible candidates are then reviewed jointly by the Department of Commerce and USTR in light of the selection criteria set out above. This review includes input from the Designated Federal Officer of the relevant committee, the relevant Deputy Assistant Secretary and Office Director, and officials of the Office of the USTR. 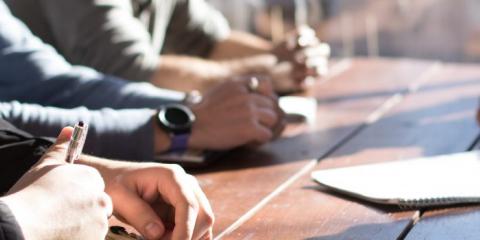 The industry advisors serving on the ITACs provide valuable input as the Administration advances its trade agenda to improve economic opportunities for America’s businesses, workers, and consumers.