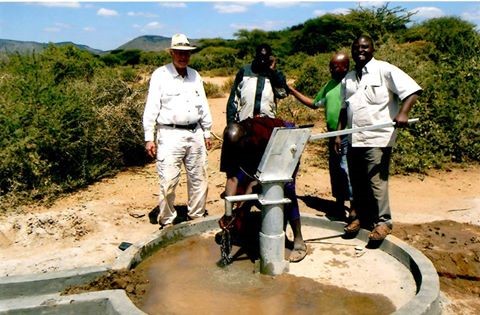 Palmer Bit Co., in Williston, North Dakota manufactures drill bits for Geothermal, Geo Technical, water well, seismic and mining drilling purposes. The company has made a few international sales over the years, but in late 2015 company owner Kevin Christensen decided to get more pro-active about exporting and enrolled in ExporTech, which took place in Dickinson, ND from December 2015 through March 2016.

“As a small business trying to expand internationally, ExporTech was an absolute game changer for Palmer Bit Co.,” said Christensen. “The training and go-to-market strategies we learned through ExporTech totally changed our procedures and mindset for global sales, with immediate success.”

One of Palmer Bit’s biggest obstacles to exporting has been the high cost of shipping to customers who often need the bits on very short notice. Through ExporTech, Palmer Bit was able to make some new shipping connections and reduce international air freight costs by as much as 2/3, which is a game changer for many customers. Palmer Bit had also been charged import duties in countries where products should have entered duty free. Through the counseling they received during ExporTech they were able to learn how to use Free Trade Agreements to eliminate import duties.

ExporTech companies receive in-depth, customized market research reports from the U.S. Commercial Service. Palmer Bit’s in-depth report led to Germany as its top market; and that discovery led Palmer Bit to a conference call with the U.S. Commercial Service geothermal and mining specialists in Germany, who will conduct an Initial Market Check to get in-country feedback for Palmer Bit. STEP-ND, a program Christensen learned about through ExporTech, will cover the cost of the Initial Market Check.

As icing on the cake, Palmer Bit secured new business immediately following ExporTech, with immediate sales of $29,600, including a sale to Australia, which was identified as a top export country in the comprehensive market research study and matrix provided by the U.S. Commercial Service.  Through its participation in ExporTech, Palmer Bit transformed from a reactive exporter to a company with an aggressive export expansion plan and already well on its way to dramatic export success.