The Research and Development (R&D) sector includes the activities that companies undertake to innovate and introduce new products and services.

In 2017 (latest data available), the total of R&D performed in the United States was $547.9 billion, up 11 percent from $493.7 billion in 2015. This was primarily due to the sizable annual increases in business R&D investment.

In 2018 (the most recent year for which comprehensive data is available), global R&D expenditures totaled $2.107 trillion. The United States continued to fund more R&D than any other country. China, ranked second in 2018, funded more R&D than the next four countries – Japan, Germany, South Korea, and France – combined. 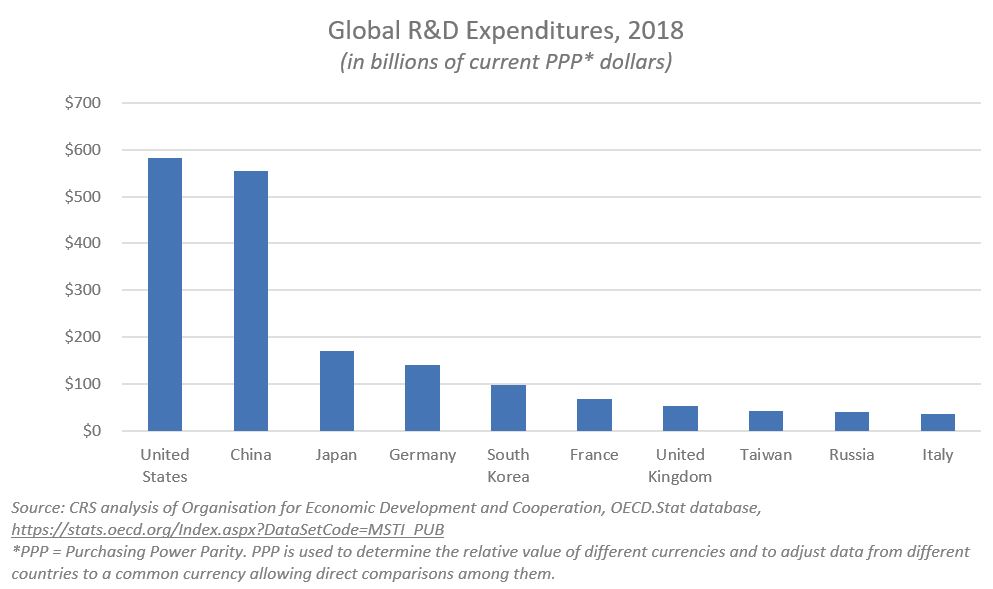 The United States continues to be the world’s top R&D performer. However, China is closing the gap, with an average annual growth rate that is nearly three times higher than that of the United States.

If currently spending trends continue, China is forecast to surpass the United States in R&D spending by 2025.

The global concentration of R&D performance continues to shift from the United States and Europe to South Asia and the East-Southeast Asia.

Asia is currently the largest R&D investment region in the world, with more than 44 percent of the R&D share. Asia is gaining about a one-half percentage point of the global share each year and, at this rate, could account for more than half of all R&D investments by 2030. 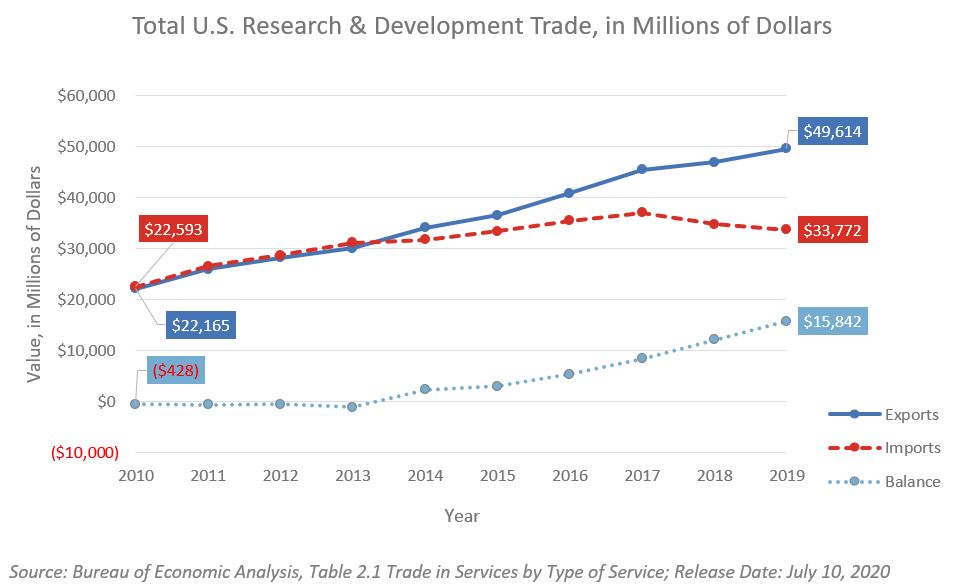 The top five markets for U.S. R&D have been pretty consistent over the past decade, with the majority of the U.S. R&D exports going to European and Asian markets. 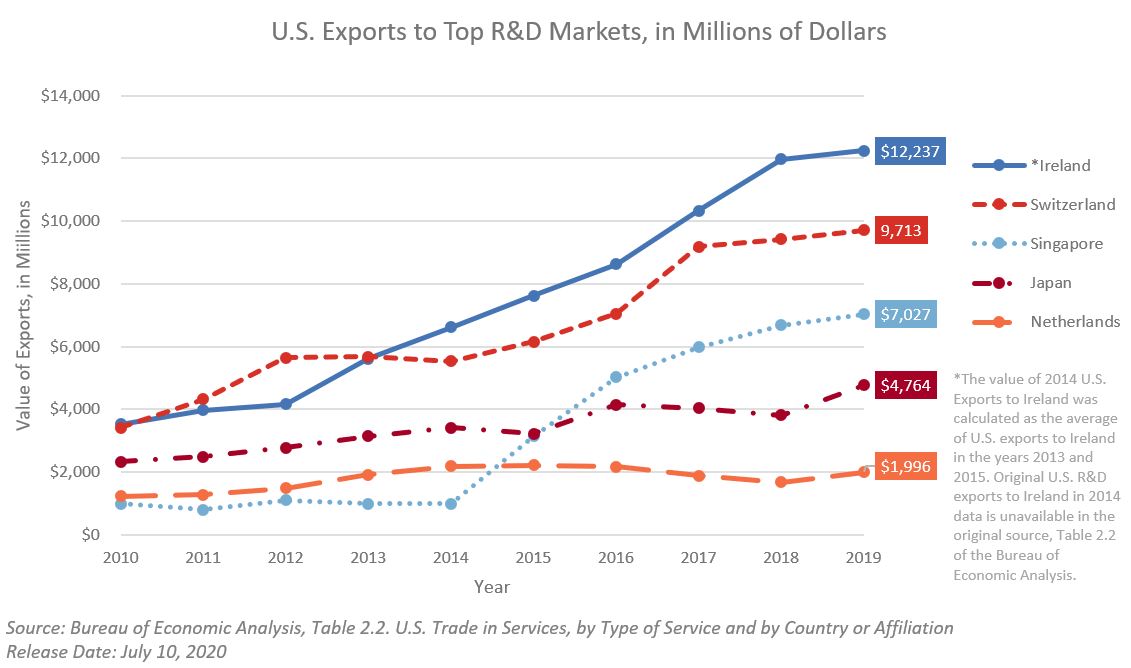 Since about 2014-15, Ireland has been the United States’ leading trade partner in this sector. In 2019, the United States exported $12.2 billion in R&D to Ireland and imported $3.7 billion, resulting in a trade balance with Ireland of about $7.1 billion. 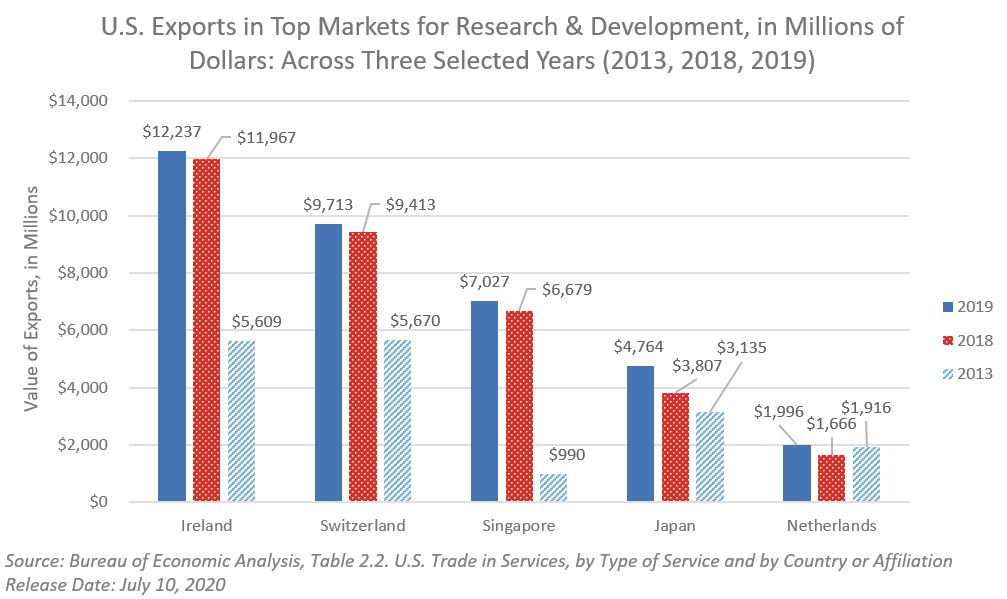 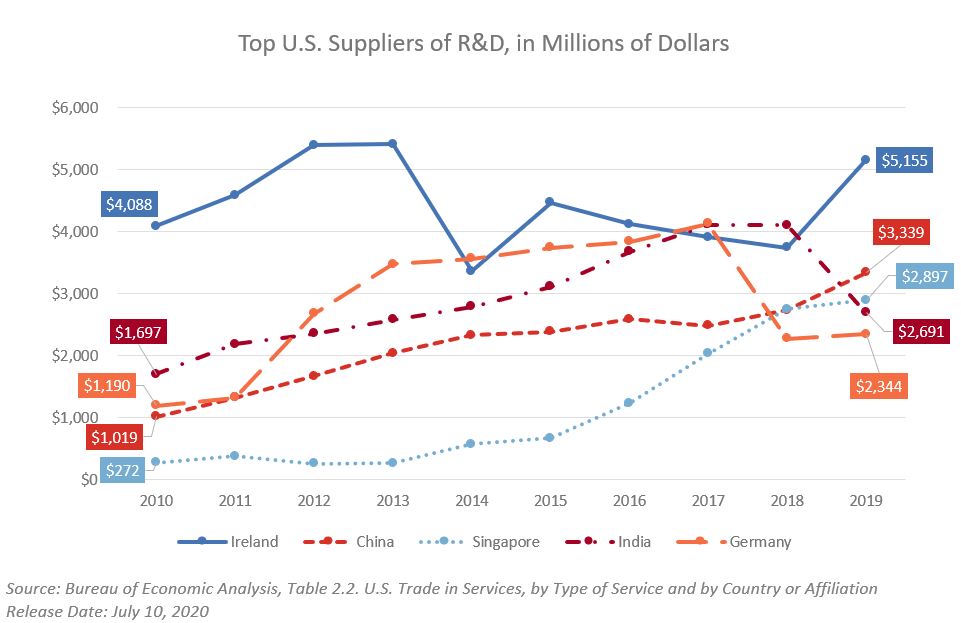 Return to the Professional and Business Services page here.

Return to the Education and Training Services page here.