Until 2017, the rafters, posts, beams, and other structural timbers architects in China could not designate timbers made of U.S. species. Thanks to Market Development Cooperator (MDCP) supported work by the Evergreen Building Products Association (EBPA), U.S.-produced timbers can now be specified on architectural drawings in China construction projects. 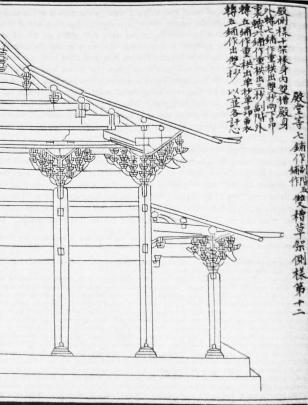 Based in the U.S. Pacific Northwest, it is hard for a small trade association like EBPA, to have significant influence on China’s building code from afar. First, EBPA established a relationship with an expert in China. Mr. Xu Fang, a structural engineer with more than 25 years experience in wood-frame construction, is EBPA’s representative in China.

Second, Mr. Fang translated design values published by Western Wood Products Association (WWPA) and other U.S. standards-developing organizations (SDOs). The Chinese Ministry of Housing and Urban-Rural Development (MoHURD) code committee will not incorporate into its building code for China design values that are not expressed in Mandarin Chinese. With the design values in the right format, Mr. Fang was able to demonstrate to MoHURD officials how the lumber grades of WWPA and other U.S.-based SDOs met the Chinese requirements for a structural material.

Third is participation in the MoHURD code committee meetings. These usually had about 20 attendees including not just MoHURD and provincial structural engineers, but also experts like Mr. Fang working to ensure that other national design values get recognized as meeting the code requirements. Other nations represented included Canada, the European Union, Japan, and New Zealand.