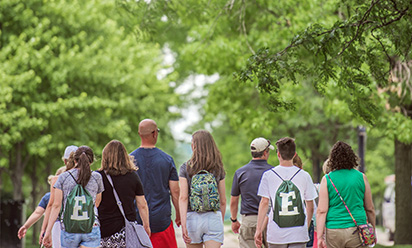 Eastern Michigan University (EMU), a public research university in Ypsilanti, Michigan, was interested in connecting with established, reputable agents in an effort to expand its international network.

The U.S. Commercial Service’s Global Education Team organized the Educator-to-Educator Virtual Connection Program in June 2020. Through participation in the program, U.S. colleges, universities and secondary institutions had the opportunity to schedule one-on-one virtual meetings with agents, counselors, and university partners from overseas. CS Detroit promoted the program to Michigan institutions and provided instructions to registrants leading up to the event. EMU registered and participated in one-on-one virtual meetings accordingly, ultimately signing two new agent agreements in India.  EMU has already received student applications for admission from one agent in India and believes the second agent relationship will be just as beneficial.

“I was interested in these events, in part, because I knew that I would be meeting with agencies that already had relationships with USCS. I found the event to be well-organized and a good value for the cost. I have already received applications from one of my new agents in India and have high expectations for the other agencies as well. I look forward to participating in other Virtual Connection Programs in the future.” -  Joe Vainner, Associate Director of Admissions, Eastern Michigan University