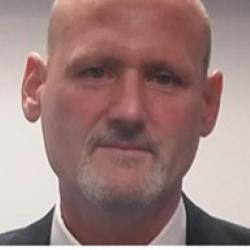 Chris Marsh serves as Principal Deputy Assistant Secretary at the International Trade Administration of the U.S. Department of Commerce. Chris previously served as Deputy Assistant Secretary for Antidumping and Countervailing Duty Operations, led Enforcement & Compliance’s efforts to administer the U.S. trade remedy laws that protect U.S. industries and workers from unfair pricing by foreign companies and unfair subsidization of foreign companies by their governments. In this capacity, he oversaw an organization consisting of more than 170 staff in seven offices who conduct and enforce hundreds of trade remedy actions each year.

Chris worked in the international trade remedy field for more than 20 years, having spent much of it serving in various capacities with Import Administration, including four years as Director of the Office of Accounting.

Prior to being named Deputy Assistant Secretary, Chris was a partner at ITR, LLC, a private sector consultancy specializing in litigation support for trade remedy proceedings. In this capacity, he worked on behalf of both U.S. and foreign companies in antidumping and countervailing duty proceedings before Import Administration, the European Commission, and China’s Ministry of Commerce, and in dispute settlement proceedings at the World Trade Organization. During his career, Chris has also served as a Senior Manager in Grant Thornton’s consulting practice and as a manager in the tax and audit practices at Price Waterhouse Coopers.

Chris departed from ITA in December 2016 and returned December 2017 to serve as PDAS of E&C.