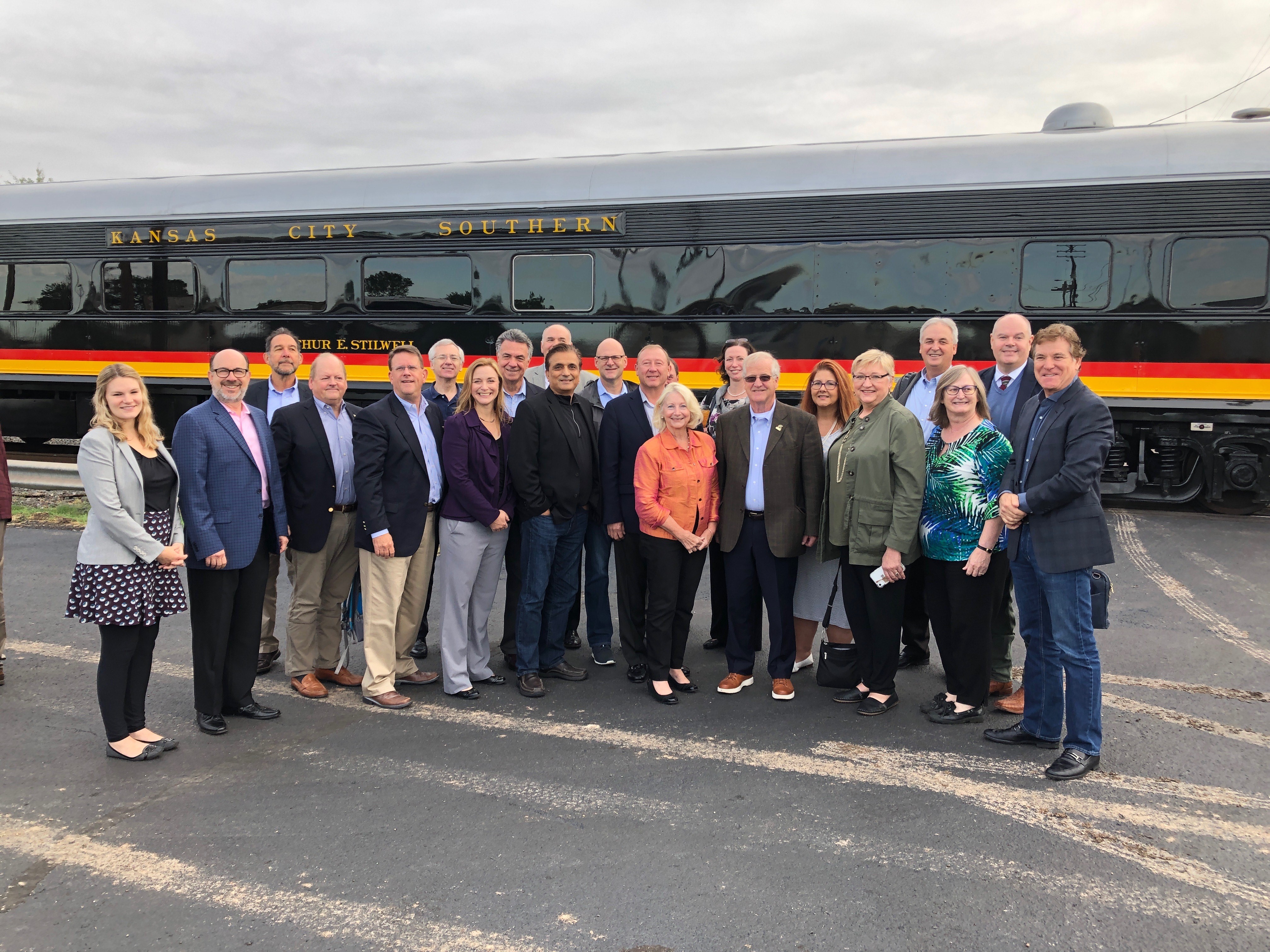 Last month, members of the International Trade Administration’s (ITA) Advisory Committee on Supply Chain Competitiveness (ACSCC) embarked on a tour of the commercial activities at the U.S.-Mexico border in Laredo, Texas on October 16-17.

In March of this year, Laredo rose to become the largest port, or commercial hub, in the United States. Laredo is setting impressive records in recent years with over $100 billion in U.S. exports processed in 2018, a first for any U.S. port. As leading professional and academic experts in value chains, ACSCC members were eager to witness the impressive supply chain efficiencies at work in Laredo’s customs district, which handles over one-third of all U.S. trade with Mexico.

During the Laredo visit, Committee Members participated in a three-hour rail trip on a
Kansas City Southern (KCS) train, showcasing the role of transportation in the supply chain and its importance to bilateral trade.

Kansas City Southern President and CEO Patrick Ottensmeyer stressed the importance of U.S.-Mexico commercial ties for the rail industry, stating that “Kansas City Southern sees significant new opportunities for growth in trade between the United States and Mexico, including increased exports from the United States of commodities that are much needed and desired in Mexico.”

In addition, the group toured Werner Enterprises, the largest cross-border transportation provider to and from Mexico, and the federal inspection stations for U.S. Customs and Border Patrol at both the World Trade Bridge and the Laredo International Airport.

The structures in place for processing and innovating U.S. and Mexican customs procedures at the border impressed many members of the ACSCC. This includes Elizabeth Merritt, Managing Director of Cargo Services at Airlines for America, who added, “we strongly support the cargo pre-clearance initiative at the Laredo Airport, which leverages the bilateral customs partnership between the U.S. and Mexico, streamlines the movement of American exports, and boosts the competitiveness of the North American supply chain while maximizing resources to ensure trade compliance. As a large amount of air freight also begins or ends with a road transport segment, we also support the truck pre-clearance work being done at the World Trade Bridge.”

While in Laredo, the ACSCC also held its quarterly meeting, which included discussions on the benefits of the United States-Mexico-Canada Agreement (USMCA). The meetings were hosted by the International Bank of Commerce (IBC), headquartered in Laredo. The Department of Commerce’s Office of Business Liaison Director Patrick Wilson, led ITA’s delegation to Laredo and highlighted the prospective importance of USMCA to the ACSCC members, emphasizing, “once approved by Congress, the USMCA will rebalance trade on our continent to once again benefit American producers by eliminating red tape at the border that often hinders small- and medium-sized businesses.”

Mr. Ottensmeyer seconded the need for congressional passage of USMCA, as he stated that “approval of USMCA is essential to provide clarity and structure to support investment and growth in commodities throughout the United States. This investment and growth will benefit both countries, creating jobs and economic growth on both sides of the border.”

The ACSCC is tasked with providing detailed advice to Commerce Secretary Wilbur Ross on national freight infrastructure policy to support U.S. supply chain and export competitiveness.  As part of their mission, the ACSCC visits areas of supply chain importance to better understand their activities across the United States. Previous visits include the Port of Los Angeles, in California; the UPS headquarters in Louisville, Kentucky; the Boeing manufacturing plant in Seattle, Washington; and the Port of Houston, in Texas.