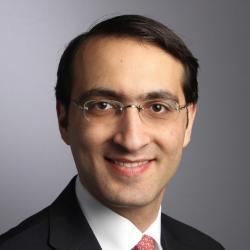 Jeffrey I. Kessler was confirmed unanimously by the U.S. Senate on April 3, 2019 and assumed his position as Assistant Secretary of Commerce for Enforcement and Compliance on April 11, 2019. In his role, Mr. Kessler administers U.S. antidumping and countervailing duty laws, works to ensure foreign compliance with trade agreements, supports the negotiation and implementation of international trade agreements to open foreign markets, and administers the Foreign Trade Zones program – all with the goal of promoting U.S. jobs and economic growth.

Mr. Kessler is a member of the American Bar Association and a Term Member of the Council on Foreign Relations. Mr. Kessler resides in Arlington, Virginia with his wife Bethany and their two daughters, Lucy and Diana.